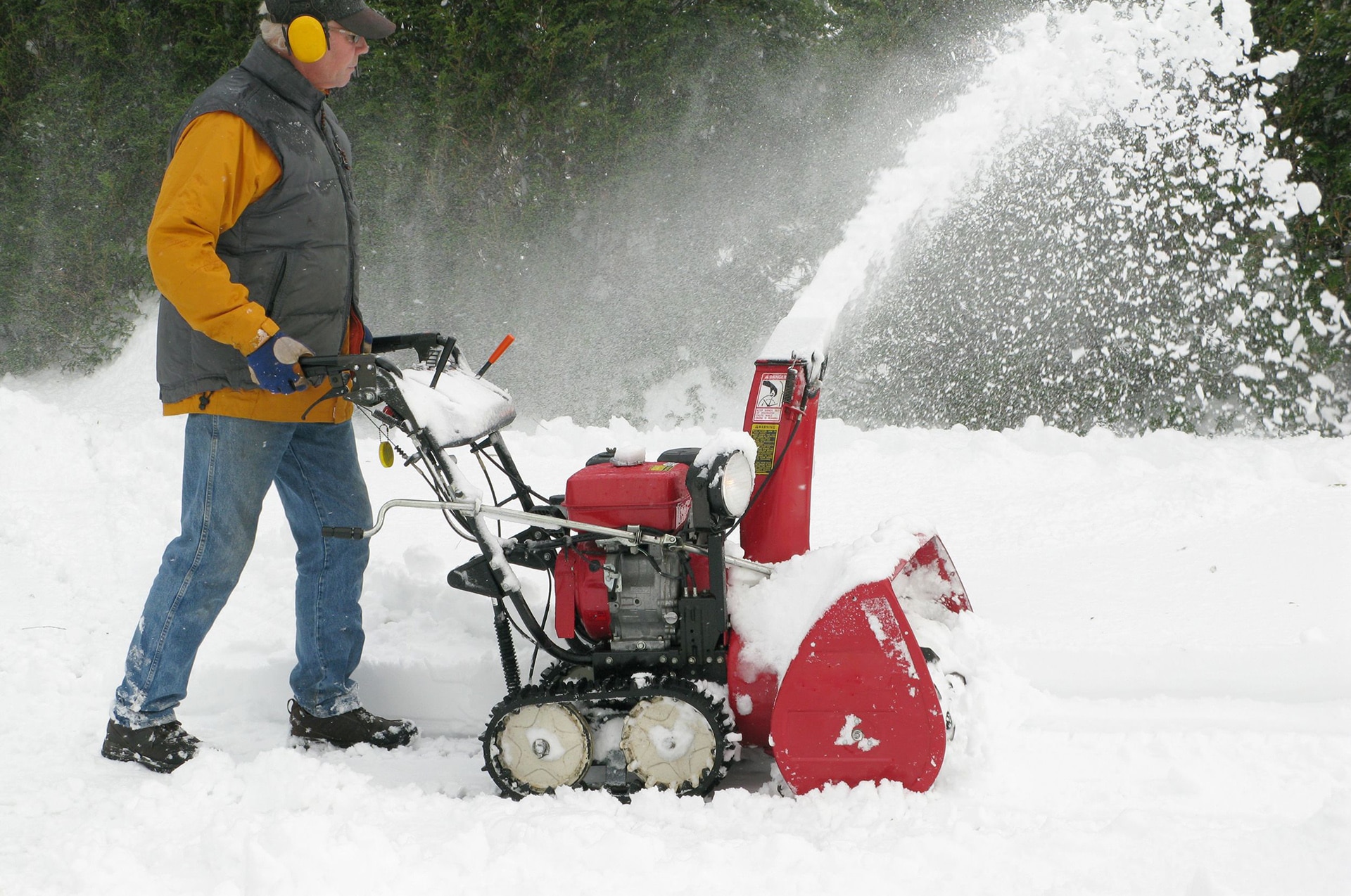 How Does a Snowblower Work?

A snowblower isn’t a machine that you ever want to use, but for people in colder climates, it can be a lifesaver. They can clear snow from pathways and driveways to make the area much safer and to be able to reach all those areas. They do this by having an auger, which will then throw the snow off to the side.

You can either get one, two, or three-stage snowblowers with the second stage model having an impeller that will allow you to move the snow further away. The third stage models are able to crush the snow and take the pressure off the auger and impeller. These three types can either be powered by electric or gasoline motors, and they can also be track driven or wheel driven.

They are brilliant pieces of machinery to stop you from getting snowed in. Some of these are quite simple, whereas others are more automated. Here, we will look at how a snowblower works and why they’re able to do their job so effectively.

An auger is a name for a rotating spiral blade. They operate in the same way as a drill, which clears wood or stone chips by funneling them through the channels that run to the top of the barrel. An auger works in exactly the same way but on a much bigger scale.

Instead of sending it straight up as a drill does, it directs it into a chute so that the snow you’re churning up goes to the side. On two-stage models, the auger will instead direct the snow in the impeller, which will then clear the snow.

With all models, augers have to be durable to be able to cut through the snow continuously.

As mentioned, an impeller can only be found on two or three-stage models. Commonly seen at the front of jet engines, impeller blades are able to spin and increase the pressure and flow of the loose snow. This snow is then sent through the chute and cleared well away from the snowblower.

Because of the extra weight, these snowblowers usually require a higher level of power. As the crushed snow hits the impeller, it will be sped up and funneled in order to be compressed and thrown out to the side.

Without the impeller, an auger doesn’t have the power to spit out snow that far.

The chute on each snowblower looks a bit different depending on what type of model you have. There are manual push snowblowers that have the chute being short, to the side, and very low as there isn’t a lot of pressure created.

On the most powerful models, the chute will be long so you can point it far out to the side. You should be able to adjust it into the direction you need the snow to go into. Chutes on two and three-stage models are usually a lot bigger as the internal pressure allows the snow to be pushed through. 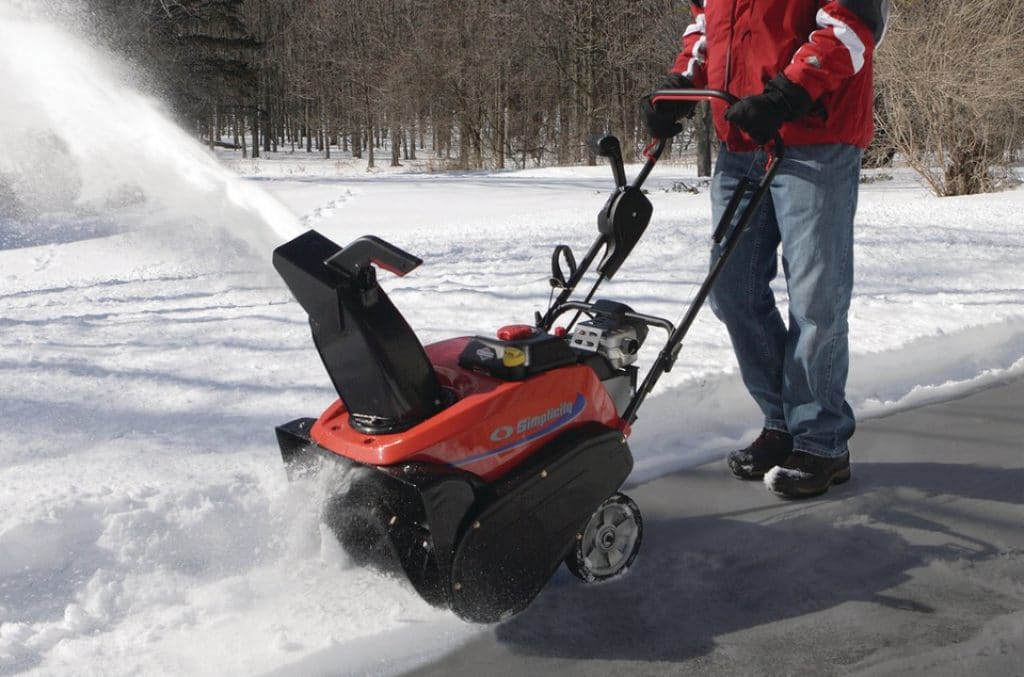 How does a single-stage snowblower work? Well, they range from being very simplistic to being quite powerful gas-powered models. They are also the cheapest snowblowers, and, therefore, a good option if you only ever have small amounts of snow or don’t need to clear a large area.

Due to their lower power, their clearing path usually isn’t very wide, and they are only able to clear snow up to around 6” deep, depending on the model. As they require less power, the majority of them are going to be electric.

One of the advantages of a single-stage auger is that it clears the snow almost touching the ground, and they are usually more compact, easier to move, and easy to store. If your needs aren’t the highest, then it’s probably the best option. But don’t expect them to perform miracles.

While you can get electric two-stage blowers, most of them are gas-powered.

With two-stage snowblowers, the augers tend to be bigger, stronger, and more efficient. The impeller can help you to get rid of the snow quicker.

There are downsides, however. The auger doesn’t quite touch the ground, which leaves a thin layer of snow. Also, as they are heavier and bigger, they aren’t as easy to use. You probably won’t mind that when you’re clearing thick snow very quickly.

This feature allows the auger to be more efficient because it only lifts the snow. The impeller then has crushed snow, which it can then send to the chute with great force. The lack of secondary responsibility for the auger means it can rapidly chew through the snow, leaving a clear surface.

If you need a snowblower for home use, then it’s probably not the best idea, but for business use, they can be perfect. The snow can move through the machine that quickly so it can be blown up to 50 feet away.

All three types of snowblowers have their place, and the best one for you will depend on the size of the area you need to clear and also the climate that you live in. All types work by crushing up the snow and pushing it through the chute, with the only difference of how quickly your area can be cleared and far away it throws the snow.

They are wonderful machines that can very quickly stop you from feeling snowed in. Due to the amount of work they get through, you want to get a reputable brand that you can depend on. A great snowblower can turn a tiresome chore into a quick and easy job.